What started in 1982 as a modest farm has become one of Michigan’s largest suppliers of compost and mulch. An on-site look at Hammond Farms in Lansing.

Clifford E. Walkington is General Manager of Hammond Farms, where he’s been for 22 years. He took over from Lee Hammond Senior. Lee Hammond Junior, son of the company founder, is ready to take on the job. “I’ve been with the company since I was in school”, he says. “I was bagging product when I was ten.”

Lee Hammond Senior’s idea was that Lansing needed a “one-stop-shop” for all gardening products. “We never stopped developing along those lines”, says Clifford. Today the company puts out nearly 104,000 cubic yards of mulch, including 65,000 cubic yards of colored mulch. “In the past few years organic waste has become more and more important”, says Clifford. Now the farm processes large volumes of green cuttings compost and mixes it down to about 52,000 cubic yards of premium soil substrate. Hammond even has paving and decorative stones on offer.

Hammond Farms processes organics and other types of waste for commercial compost and mulch production.

AN EYE FOR THE PROCESS

In addition to just processing the biodegradable waste that he takes in from the Lansing area, Clifford needed to find the right recipe for composting this very damp material. “We experimented and tried out a lot of things”, he says. “We used to mix the material with front loaders. That took two weeks. Now we do the same amount in three-quarters of a day with a Topturn X63”, he says about an investment that has made the process much more economical. “You can only earn money with the process when you understand it. And we do, at both ends.” Hammond Farms gets paid not just to take the organic waste, but also for the finished product. That’s by no means the case everywhere in the United States. Most composters get no money for their final product.

Spring is when Hammond is at its busiest. Demand for all products starts to rise in late March along with the temperature. “It peaks in late May. Everything starts to tail off after June”, Clifford explains. Early on, large-volume customers like municipalities dominate, while later most sales are to individuals and home gardeners. “At the beginning of spring we can’t make enough material”, says Clifford. “The two screeners run practically around the clock.” The screeners he’s talking about are star screens, a Multistar L3, and a Multistar XL3 star screen. The L3 is the older one, with six years at Hammond and over 5000 operating hours under its belt. “The screeners go far towards reducing shredding costs because we only need to re-shred the screen overflow”, says Clifford of the economic considerations involved. 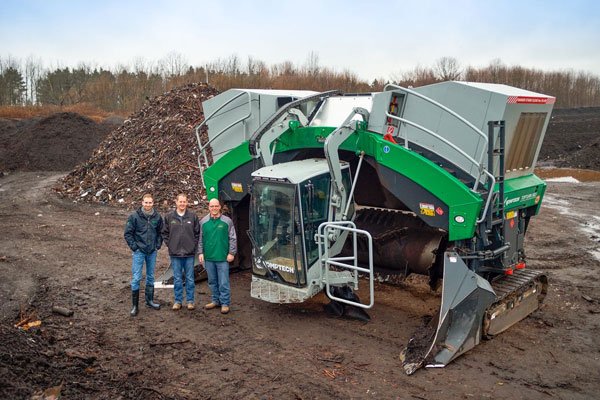 The Komptech Topturn windrow turner has made composting at Hammond Farms much more efficient.

Six years ago Clifford Walkington learned about Komptech at a mulch producer conference. A presentation of the benefits of star screening caught his attention. “The star screens really make nice material, and throughput is high.” Clifford has nothing but praise for the relationship with Komptech. “I really can say only good things about them. If a minor problem does come up, they’re ready to listen.” He’s especially appreciative of his contact person at Komptech Americas, Kevin Yuncker.

Large domestic high-speed grinders were formerly the obvious choice for making mulch. But Clifford found out about the low-speed Crambo through machine rentals. “I love the Crambo”, he says. He is most impressed by its contrary resistance and ability to handle difficult materials like rootstocks. “I hope business stays good. Then we’ll get one of our own.” And business is very good. The company opened its fourth location at the start of the year. The company’s headcount is at 50 and there are plans to hire more. Designated successor Lee Hammond Junior revealed a little of his plans for the future: “We’re going to be marketing to areas farther away soon.” 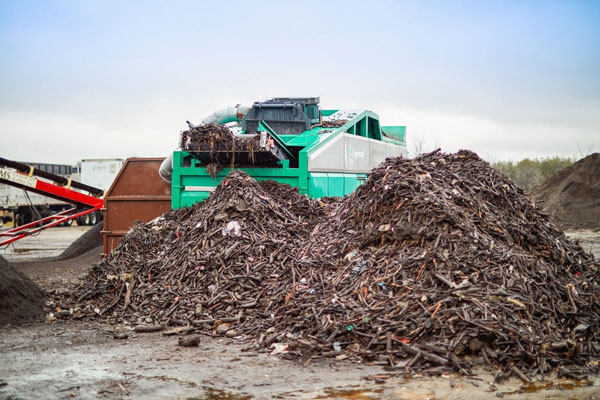 The Multistar L3 at Hammond Farms has over 5,000 operating hours under its belt.

While legal mandates are already very strict in Europe, the U.S. has barely started to regulate compost. Clifford says, “we expect much more restrictive legislation down the road. A few years ago, five percent by volume of plastic was okay in finished compost, but now it’s only one percent. And we expect that to tighten up.” Of course, there is a good side to this. “More and more people are aware that to get a clean product, you need to do something about the waste at the source.”

THE FUTURE IS GREEN

“We also know that we have a responsibility to educate the public. More and more schools and interested individuals come to visit us and tour the plant”, says Clifford. “And that’s just the tip of the iceberg. The next generation needs to do better, and I’m sure they will.” He gets a lot of compliments from visitors. “People are really excited when they see our operation. We turn what looks like trash into a beautiful product.”

For more information about Hammond Farms, visit their website at www.hammondfarms.com.